International students view London, UK, as an excellent study destination this year. In comparison to previous years, the UK has been doing well in the field of education, which has helped it maintain its position on the top chart. The list, released by the British company Quacquarelli Symonds (QS), includes 140 cities worldwide. Among them, 58 towns have progressed in the rankings compared to the past year. Still, over the past four years, London has worked to maintain its position on the top list for international students because of its top universities, courses and facilities. 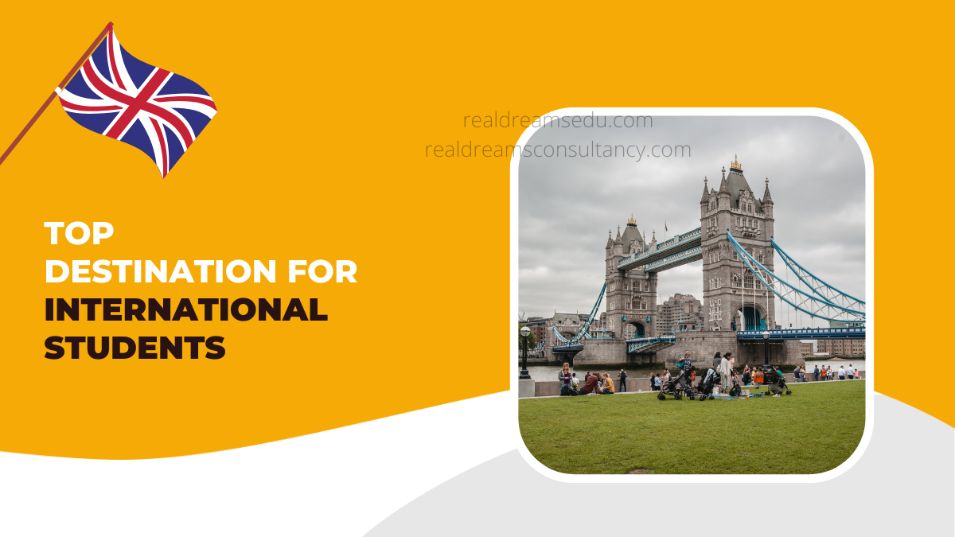 According to the recently released annual report on higher education, Seoul ranks second in terms of higher education. For the first time, Seoul has been able to manage its position straight to the second. But Munich, a beautiful city in Germany, is also in the same place competing with soul, according to QS. In the same way, Hongkong has improved its ranking by three placings improving its position to 12th. Edinburgh has also increased its order to 10, and Melbourne has come up to 5th position from 6th.

The downfall of Countries in HE

Many cities worldwide improved well to maintain their position on the higher education list, but some countries, on the other hand, have faced drops in the chart. For instance, Berlin has fallen to 6th position, Tokyo dropped to 7th, Paris on 8th and Sydney to 9th.

Finally, please check our other similar education blogs. Similarly, follow us on social media at the Real Dreams Consultancy Facebook Page to get in touch with us.